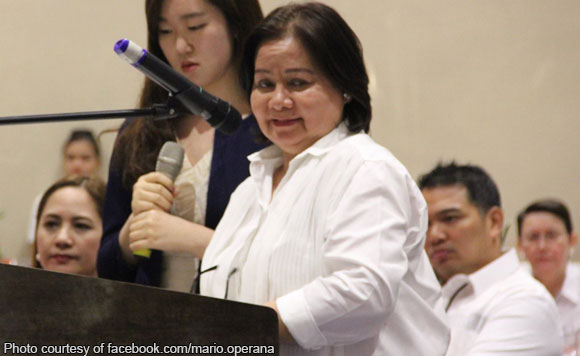 Pampanga Governor Lilia Pineda said the provincial government is eyeing some P389-million worth of assistance for various development projects of local government units (LGUs) in Pampanga next year.

During the province-wide local development council participatory project prioritization conference last Thursday, Pineda said once the proposed P389-million fund for the “Assistance to Municipalities” program was approved by the national government, Pampanga will initiate the identified development projects of various municipalities and cities of the province in 2018.

The proposed budget for the program is higher than last year’s P347-million allocation.

The Department of Interior and Local Government (DILG) will identify development priorities and evaluate funding assistance to the LGUs from the provincial government.

Politiko would love to hear your views on this...
Spread the love
Tags: Central Luzon, Department of Interior and Local Government), Governor Lilia Pineda, local government units, Pampanga
Disclaimer:
The comments posted on this site do not necessarily represent or reflect the views of management and owner of POLITICS.com.ph. We reserve the right to exclude comments that we deem to be inconsistent with our editorial standards.