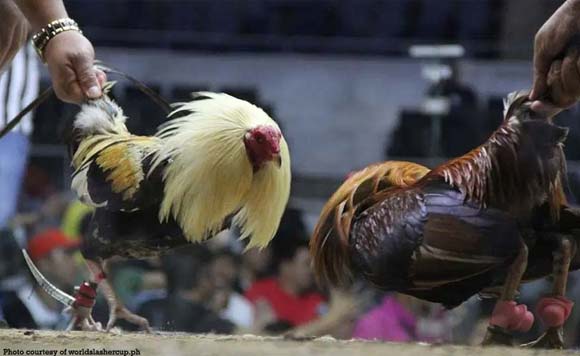 Seven suspects were apprehended after they were caught engaging in online cockfighting or e-sabong in Arayat town in Pampanga, according to police.

The police confiscated various e-sabong paraphernalia such as a cellular phone, a 49-inch Android TV, and P33,000 in cash.

“PRO3 continues to launch operations against illegal gambling and strictly imposes the full force of the law especially on online cockfighting since it is still suspended,” Central Luzon police director Brig. Gen. Cesar Pasiwen said in a statement.

The suspects will face charges for violation of Presidential Decree 1602 or Anti-illegal Gambling Law.

It can be recalled that then-President Rodrigo Duterte ordered the stoppage of all online cockfighting operations in the wake of public outcry over its “pernicious effects to society.”

Reports of suicides and kidnappings over unpaid debts owing to heavy betting, broken families, and the youth corrupted by the gambling form led up to Duterte’s decision.

Earlier, at the sidelight of an official engagement of Duterte at the Clark Freeport, Pampanga Gov. Dennis “Delta” Pineda personally appealed to the president to stop e-sabong.

Politiko would love to hear your views on this...
Spread the love
Tags: Arayat, e-sabong, Pampanga
Disclaimer:
The comments posted on this site do not necessarily represent or reflect the views of management and owner of POLITICS.com.ph. We reserve the right to exclude comments that we deem to be inconsistent with our editorial standards.