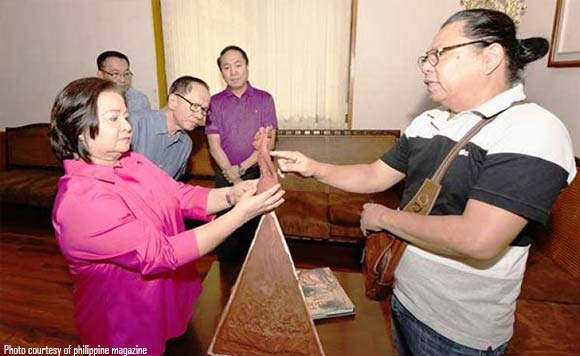 The provincial government of Pampanga has sealed a partnership with private sectors for the construction of a P50-million bronze monument in commemoration of the 1991 Mount Pinatubo eruption.

Governor Lilia Pineda recently met with businessman Levy Laus, sculptor Willie Layug, engineer Marni Castro, Board Member Rosve Henson and Provincial Administrator Andres Pangilinan Jr. to plan the monument, which aims to pay tribute to the resiliency, determination and unity of the people of Pampanga in coping with the second largest volcanic eruption of the 20th century.

According to reports, the proposed monument will be 38 feet tall, and will be put up along the North Luzon Expressway (Nlex) beside the San Fernando North Exit. The monument will serve as a symbol of hope for present and future Kapampangans.

“It is very important to show that Kapampangans can withstand the devastating forces of nature. That we can rise from devastation. We need to be models for the younger generations to emulate,” the governor said.

It was also revealed that Pineda had asked the private stakeholders to build the monument for the 25th anniversary of the Mount Pinatubo eruption, but they had difficulties finding a strategic location back then.

“Artisan Willy Layug from Betis produced the initial design of the monument where it will emulate the struggles, efforts and triumph of the Kapampangans over adversity,” Laus added.