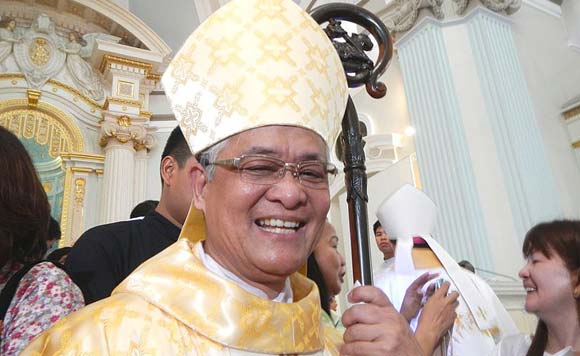 The Archdiocese of San Fernando in Pampanga has alerted the clergy against a Spanish priest who is accused of molesting minors and reportedly fled from his home country.

In a circular dated May 26 but was released on Thursday, Archbishop Florentino Lavarias asked bishops, priests and the laity to help inquire on the whereabouts of Fr. José Maximiano Campos Ruiz and report any information on the matter to his office.

This came after reports that Ruiz has gone missing and may have fled to the Philippines.

“There are reasons to worry about his presence in our country given the serious accusation against him of abuses of minors,” he said.

The circular was issued in response to the request of Filipino Archbishop Bernardito Auza, Pope Francis’ envoy to Spain, who has sought the help of Filipino bishops for information on Ruiz.

In May 2019, Pope Francis’ motu proprio “Vos estis lux mundi” ordered that each diocese and religious congregation must have a system that allows the public to submit reports of sexual abuse.

The CBCP has created a new office that will look into the cases of clerical abuse and augment the efforts in the diocesan level in July last year.

The dioceses in the country have also created a public, accessible and reliable system for reporting sex abuse cases involving clergy members. (PNA)

Politiko would love to hear your views on this...
Tags: Fr. José Maximiano Campos Ruiz, Pampanga, Pampanga archbishop Lavarias, Philippines, sexual abuse, The Archdiocese of San Fernando
Disclaimer:
The comments posted on this site do not necessarily represent or reflect the views of management and owner of POLITICS.com.ph. We reserve the right to exclude comments that we deem to be inconsistent with our editorial standards.