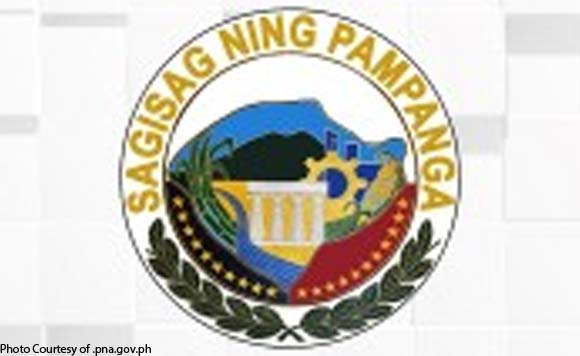 CITY OF SAN FERNANDO, Pampanga — The provincial government of Pampanga has allotted some P5 million for the construction of temporary learning spaces for earthquake victims in the province.

Dr. Leonardo Zapanta, Pampanga School Division Superintendent of the Department of Education (DepEd), said the provincial school board chaired by Governor Lilia Pineda has already approved the budget solely intended for the Aeta students in Porac and Floridablanca towns.

“The budget was already approved. Construction will be done as soon as possible. For the meantime, makeshift classrooms are being used to accommodate more than 700 students,” said Zapanta in an interview at radio station RW 95.1 FM Monday.

Pineda said she asked the local government units (LGUs) of Porac and Floridablanca to coordinate with the provincial government to address the problems of the affected Aeta students.

“Education is one of our top priorities in the province. That’s why, I’m asking the local officials of Porac and Floridablanca to work with the provincial government so as to expedite the relocation of our displaced Aeta students,” she said.

Meanwhile, Pineda encouraged concerned LGUs to utilize the use of covered courts, convents, and multi-purpose halls as alternative learning spaces, while still waiting for the construction of the temporary learning spaces for the quake victims.

Last April 22, Porac and Floridablanca towns were among the areas adversely affected by the 6.1 magnitude quake that jolted Pampanga and the whole of Central Luzon.

Based on the assessment conducted by the Department of Environment and Natural Resources’ Mines and Geosciences Bureau (MGB), two upland areas in these towns were placed under a “no habitation zone”.

Noel Lacadin, chief of the geo-sciences division of MGB 3 (Central Luzon) here, earlier said Sitio Tagak, Barangay Nabuclod in Floridablanca town, and Barangay Dias in Porac town were placed under a “no habitation zone” due to their “high susceptibility” to landslides.

These areas are hosts to Aeta settlements and their ancestral lands. (PNA)

Politiko would love to hear your views on this...
Spread the love
Tags: Aeta students, Dr. Leonardo Zapanta, earthquake victims, Governor Lilia Pineda, Pampanga School Division, Porac, provincial school board, Superintendent of the Department of Education (DepEd)
Disclaimer:
The comments posted on this site do not necessarily represent or reflect the views of management and owner of POLITICS.com.ph. We reserve the right to exclude comments that we deem to be inconsistent with our editorial standards.