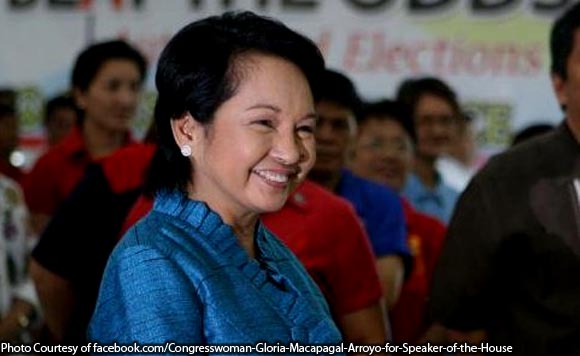 Pampanga 2nd District Rep. Gloria Macapagal Arroyo wants to provide the Veterans Memorial Medical Center (VMMC) its own juridical personality and modernize it to serve the medical needs of Filipino veterans, retired soldiers and their dependents.

This was after the lady politiko has filed House Bill No. 1240 which seeks to protect any sale or disposition of VMCC and provide it greater flexibility and autonomy in its operations in order to serve its mission.

“Recognizing the invaluable sacrifices and services of our veterans and military retirees, it is only imperative that a medical facility dedicated to serve their medical needs as well as their dependents must be provided stability, viability and ample resources to ensure that they receive quality medical and health services,” Arroyo said.

VMMC is under the control and supervision of the Department of National Defense, receiving one percent of DND’s annual budget.

It does not have its own charter and no other source of income to support the free care and treatment of veterans, retirees and their dependents unlike other government hospitals.

Arroyo’s bill proposes to give VMMC a corporate entity which shall be governed by a Board of Trustees chaired by the DND Secretary and vice-chaired by the hospital’s medical director.

While the board may approve the implementation of contracts, mechanisms and financial instruments to give the hospital the flexibility to generate revenues and other resources from land grants and other properties, such arrangements shall sustain and protect the hospital in accordance with law and be exclusive of the medical core zone of the hospital, she noted.

The bill also stipulates that the VMCC’s core zone “shall not be sold, transferred, ceded, conveyed, assigned and encumbered.”

“The preservation of the value of the assets of the hospital shall be of primordial consideration,” the lady politiko added.

Politiko would love to hear your views on this...
Spread the love
Tags: Department of National Defense, House Bill No. 1240, House Committee on Veterans Affairs and Welfare, Pampanga, Philippine Veterans Affairs Office, Philippine Veterans Bank, Rep. Gloria Macapagal-Arroyo, Secretary of Health, Senate Committee on Defense and Security, Veterans Federation of the Philippines, Veterans Memorial Medical Center (VMMC)
Disclaimer:
The comments posted on this site do not necessarily represent or reflect the views of management and owner of POLITICS.com.ph. We reserve the right to exclude comments that we deem to be inconsistent with our editorial standards.