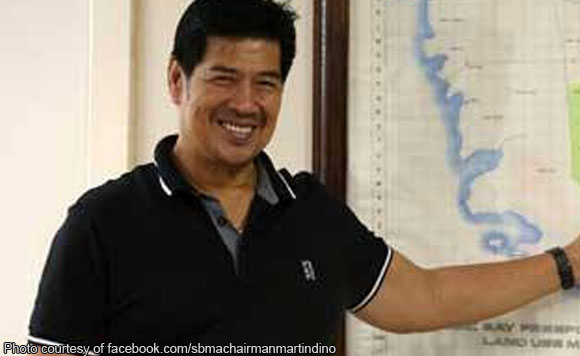 Malacañang on Thursday (September 28) subtly alluded to problems with the leadership of Martin Diño as it sought to explain why he was replaced as chairperson of the Subic Bay Metropolitan Authority (SBMA) by administrator Wilma Eisma.

In a press briefing, Presidential Spokesperson Ernesto Abella said the gripes of SBMA employees against Diño may have been a factor why he was replaced by President Rodrigo Duterte.

“I’m not — I don’t have the official statement. But I’m sure one of the reasons is because of the apparent competence of the new administrator,” he said.

Eisma assumed the leadership of the SBMA after Duterte merged the functions and responsibilities of SBMA chairperson and administrator with the Executive Order No. 42.

Politiko would love to hear your views on this...
Post Views: 0
Spread the love
Tags: president Rodrigo Duterte, Presidential Spokesperson Ernesto Abella
Disclaimer:
The comments posted on this site do not necessarily represent or reflect the views of management and owner of POLITICS.com.ph. We reserve the right to exclude comments that we deem to be inconsistent with our editorial standards.