Palay planting to be delayed in Bulacan, Pampanga due to low Angat water level 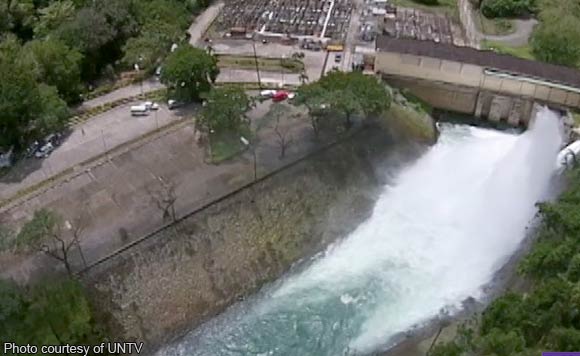 Water reserve in Angat Dam by end May 2019 is expected to insufficient to irrigate its service areas in Bulacan and Pampanga provinces, possibly delaying the wet season palay-planting activities in these areas.

“The forecast near-normal rainfall in Angat watershed this May is unlikely to significantly raise level of water in the dam by that month’s end so planting activities in the areas can be affected,” said Philippine Atmospheric, Geophysical and Astronomical Services Administration (PAGASA) hydrologist Richard Orendain.

Citing PAGASA’s latest projection, he said Angat water level on May might hit 173.50 meters only – lower than the 180 meters minimum operating level (MOL) of the dam.

He said PAGASA expects the below-MOL water level as Angat will still release water to Metro Manila this May at a high 48 cubic meters per second (cms) since there is zero reserve in the back-up water source of La Mesa Dam.

“The allocation for Metro Manila is about 45 cms only when La Mesa is filled with water,” he said.

Contributing to Angat’s water woes is less quantity of water flowing from Umiray River into the dam as this waterway has not been receiving rain, he continued.

“If Angat lacks water, farmers in this dam’s service areas may not be able to plant palay in June,” he said.

In its latest outlook, PAGASA forecasts one to two TCs this May inside the Philippine Area of Responsibility (PAR).

However, historical data shows low possibility for TCs in May to directly affect Central Luzon, where Angat and its agricultural service areas are located.

PAGASA forecaster Ana Clauren said TCs inside PAR generally either recurve while over the Pacific Ocean or cross the Visayas then recurve and head northeastwards when these reach Southern Luzon’s western portion.

“What’s expected in Central Luzon during May are rain showers and thunderstorms,” she said.

Orendain said with the 2019 rainy season’s expected onset between late May and mid-June, Angat’s service areas can experience some rain, so farmers there may plant vegetables and other crops that do not need much water like palay and, which they can already harvest in about a month.

“That’ll give them an alternative source of income while awaiting irrigation for palay they’ll plant,” he said.

He expects the water level to breach Angat’s MOL on Sunday (April 28).

MOL is a critical elevation in Angat Dam’s operation.

Even if Angat’s water will likely hit the MOL this April, he said the National Water Resources Board still set for May 2019 an allocation of 10 cms for irrigation water from the dam to help sustain crops that are not harvested yet.

That allocation is lower than Angat’s 35 cms irrigation quota this April as there is less need for irrigation water in May, he said.

Angat dam’s allocation for irrigation will be zero if all crops in its service areas had already been harvested, he added. PNA

Politiko would love to hear your views on this...
Spread the love
Tags: Angat dam, Angat water level, Central Luzon, Geophysical and Astronomical Services Administration (PAGASA), hydrologist Richard Orendain, La Mesa Dam, Palay planting, Philippine Area of Responsibility (PAR), Philippine Atmospheric
Disclaimer:
The comments posted on this site do not necessarily represent or reflect the views of management and owner of POLITICS.com.ph. We reserve the right to exclude comments that we deem to be inconsistent with our editorial standards.