Palace to Arroyo leadership: What message do you want to send over budget ‘hostage’? 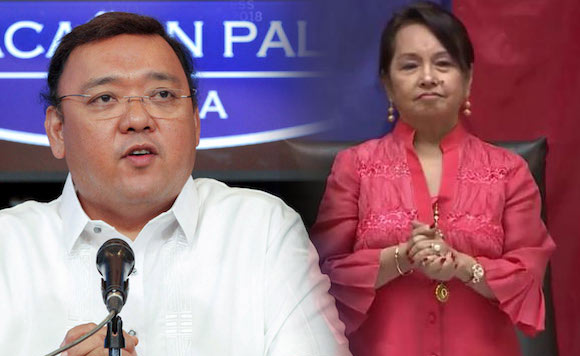 Malacanang is wondering what message the House of Representatives under the leadership of Speaker Gloria Macapagal-Arroyo wants to send when the appropriations committee decided not to continue with the hearings on the proposed 2019 budget.

Presidential Spokesperson Harry Roque admitted Monday that the Palace was surprised that Davao City 1st District Rep. Karlo Nograles, chair of the committee, said that the hearings on the P3.757 trillion budget for 2019 would only resume when the Department of Budget and Management (DBM) and the Development Budget Coordinating Committee (DBCC) would return to “obligation-based budgeting” and not “cash-based budgeting.”

Under the cash-based budgeting, the government implementing agencies are given one year only to do the projects. The purpose is to cut underspending.

On the other hand, under the obligation-based budgeting, which has been the practice for a long time, the government agencies are given more years to spend the budget for their projects. According to DBM Secretary Benjamin Diokno, under this scheme, even if the funds have already been obligated, yet no projects were completed right away.

“So we’re quite frankly surprised at this recent development. It’s as if the House is saying, with new leadership, ‘the Palace better watch out because it won’t be as easy as it was in the past’,” Roque said in an interview at ANC.

“I’m not quite sure that this really is the message that the House wants to send. But you can’t blame Malacañang for perceiving matters as they are in the sense,” he added.

Roque expressed hope that the issue would be resolved and that the members of House would realize of the importance of working together with the Executive.

He said Diokno informed him that in the United States whenever the Executive and Congress are not able to agree on the annual budget, the country’s credit rating goes down.

“So right now, we have rosy credit rating. We’re the favorite as far as credit agencies are concerned. And I would hope that this recent change in leadership in the House will not necessarily translate into a more righteous relationship with the House as far as the budget is concerned,” he said.

Politiko would love to hear your views on this...
Spread the love
Tags: 2019 budget, Department of Budget and Management (DBM), government, House of Representatives, Malacanang, Presidential Spokesperson Harry Roque, Speaker Gloria Macapagal-Arroyo
Disclaimer:
The comments posted on this site do not necessarily represent or reflect the views of management and owner of POLITICS.com.ph. We reserve the right to exclude comments that we deem to be inconsistent with our editorial standards.