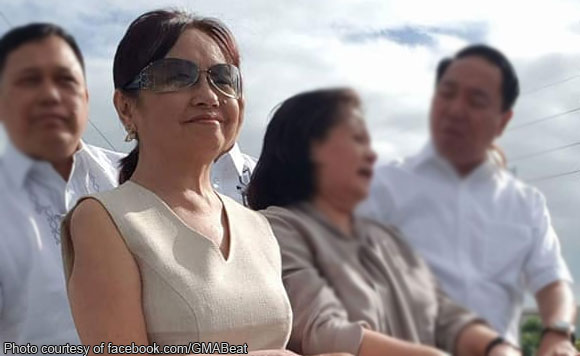 Malacanang challenged Thursday any lawmaker to come out and say that President Rodrigo Duterte tried to influence the House of Representatives to install former President and Pampanga Rep. Gloria Macapagal-Arroyo to be the new Speaker.

Contrary to the claim of detained Senator Leila de Lima that Duterte was behind Arroyo’s return to power, Presidential Spokesperson Harry Roque said that the choice of Speaker was made by the members of the House alone.

De Lima has blamed Duterte for Arroyo’s return to power despite the alleged massive corruption in the government during her stint as president.

Roque also said the Palace is eager and ready to work with the new House leadership.

“We are confident that Speaker Arroyo would put her considerable skills and experience behind PRRD’s (Duterte’s) agenda,” he said.

Politiko would love to hear your views on this...
Spread the love
Tags: Malacanang, Pampanga, president Rodrigo Duterte, Presidential Spokesperson Harry Roque, Rep. Gloria Macapagal-Arroyo, Senator Leila de Lima, Zamboanga Sibugay
Disclaimer:
The comments posted on this site do not necessarily represent or reflect the views of management and owner of POLITICS.com.ph. We reserve the right to exclude comments that we deem to be inconsistent with our editorial standards.