P170K worth of ecstasy tablets seized in Baliwag 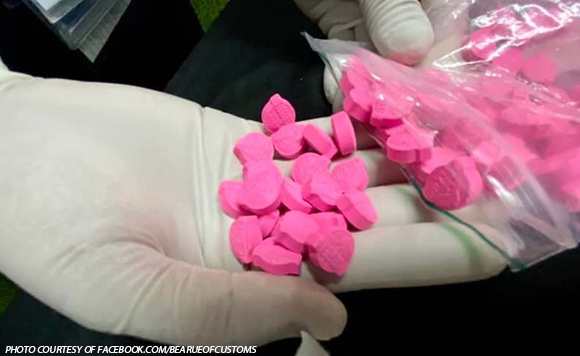 The Philippine Drug Enforcement Agency (PDEA) confiscated some 100 pieces of party drugs known as “ecstasy” worth P170,000 during a controlled delivery operation at Villa Katrina Subdivision in Baliwag, Bulacan on Monday.

In a report on Tuesday, PDEA Region 3 Director Bryan Babang said the operation led to the arrest of the lady consignee identified as Maria Isabel G. Lim, 29.

According to a Philippine News Agency report, Babang said the ecstasy tablets came from the Netherlands and were consigned to Lim.

Confiscated from the suspect were a black plastic pouch, two transparent plastic pouches containing some 100 pink tablets, a blue clipboard, a driver’s license, one parcel/letter receipt, a cellular phone, and a Philippine passport, the report added.

The arrested suspect will be charged with violation of Republic Act 9165, the Comprehensive Dangerous Drugs Act of 2002, according to the PNA report.

Politiko would love to hear your views on this...
Spread the love
Tags: Baliwag, Bulacan, PDEA Region 3 Director Bryan Babang, Philippine Drug Enforcement Agency, Villa Katrina Subdivision
Disclaimer:
The comments posted on this site do not necessarily represent or reflect the views of management and owner of POLITICS.com.ph. We reserve the right to exclude comments that we deem to be inconsistent with our editorial standards.