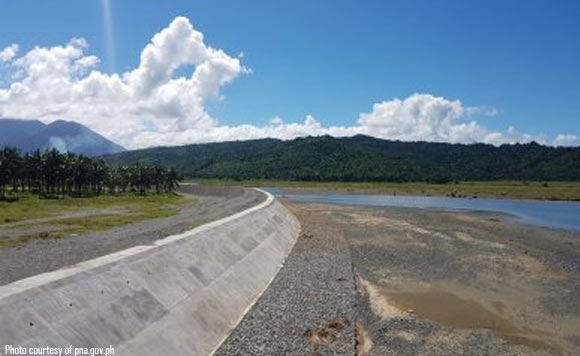 The Aurora District Engineering Office (ADEO) of the Department of Public Works and Highways (DPWH) completed the construction of various infrastructure projects worth some P1.5 billion in 2017.

District Engineer Reynaldo Alconcel, in his report to the DPWH regional office here, said the ADEO constructed, improved and rehabilitated some 5.20 kilometers of secondary and tertiary roads in Aurora, which amounted to P269.42 million.

Alconcel said that among road projects completed were the construction and improvement of access roads leading to Baler Airport in Barangay San Isidro, San Luis town and the concreting of road in Barangay Ipil, Dipaculao town.

Alconcel said those completed include the construction of Diteki flood control; and another flood control project in Barangay San Isidro, San Luis, Aurora.

“Those structures are seen to mitigate the destruction that can be caused by high rising waters especially in low-lying areas which perennially occur, Aurora, being typhoon-prone,” he said.

In addition, he said 77 equally vital infrastructure projects had also been completed by the Aurora DEO last year.

The ADEO completed projects of non-infrastructure agencies, and other special projects like the improvement and construction of 3.035 kilometer of farm-to-market roads worth P30 million.

Likewise, the ADEO also finished the construction of five single-storey workshop buildings with 21 others still being undertaken as of year-end. These cost some P85.41 million.