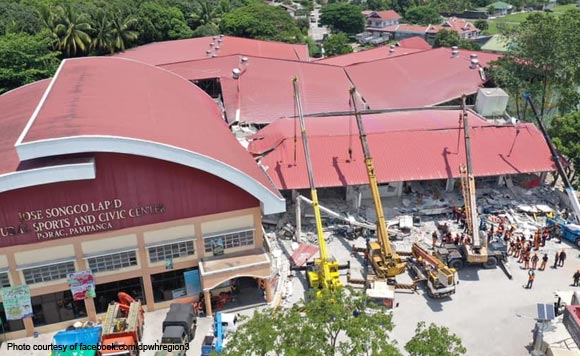 The number of families affected by the magnitude 6.1-magnitude earthquake that rocked Luzon last April 22 has now reached 3,630, the National Disaster Risk Reduction and Management Council (NDRRMC) said in its 6 a.m. update Thursday.

This is equivalent to 18,086 persons residing in 41 barangays in Central Luzon.

In the same report, signed by NDRRMC executive director Ricardo Jalad, it said 696 families or 2,979 individuals are being aided in three evacuation centers while 951 families or 4,756 persons are being helped outside.

The number of fatalities remains at 18 with 256 injured and three persons reported missing in Central Luzon and the National Capital Region (NCR).

Of the wounded, 183 are validated with the remaining casualties still subject to validation, the NDRRMC added.

Damages to schools, roads and bridges were placed at PHP539 million in Ilocos Region, Central Luzon, Calabarzon and NCR. (PNA)