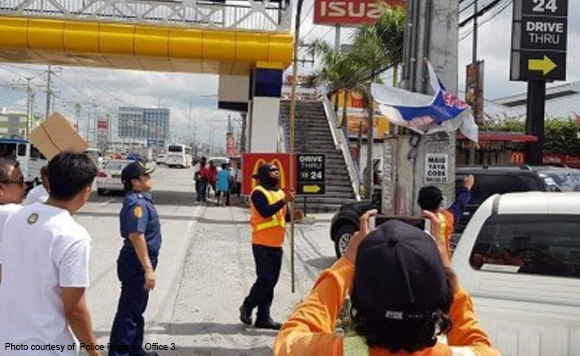 CAMP OLIVAS, Pampanga — A total of 37,436 illegal campaign posters were removed from the stretch of major thoroughfares and barangay roads throughout Central Luzon, a police official said on Saturday.

Police Regional Office-3 (Central Luzon) director, Brig. Gen. Joel Napoleon Coronel, said this was the result of the region-wide Oplan Baklas operations by the Commission on Elections (Comelec), the Philippine National Police, and other partner agencies in the region.

“Most campaign materials removed were oversized and posted in prohibited areas, like electric lines and trees,” Coronel said, adding that they provided security every “Oplan Baklas” operation.

He said they also secured the delivery of all vote counting machines (VCMs) and other election paraphernalia to the Comelec provincial hubs and polling centers in the region.

“We will continue to be on guard for the election paraphernalia until the conduct of polls on Monday,” he said.

He said all security forces will keep a distance of beyond 50-meter radius from the polling and canvassing places they are assigned to secure.

No police personnel shall also be allowed to enter or stay inside the polling and canvassing area, except when there is an actual disturbance of the peace and order.

Police personnel are also prohibited from engaging in a conversation with any voter or disturb or prevent or in any manner obstruct the free access of the voters to the polling areas. (PNA)

Politiko would love to hear your views on this...
Spread the love
Tags: Brig. Gen. Joel Napoleon Coronel, Camp Olivas, Comelec, Pampanga
Disclaimer:
The comments posted on this site do not necessarily represent or reflect the views of management and owner of POLITICS.com.ph. We reserve the right to exclude comments that we deem to be inconsistent with our editorial standards.