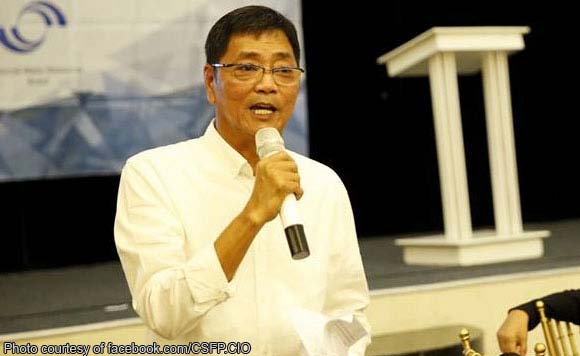 San Fernando City Mayor Edwin Santiago is set to “step away from politics” and public office after his last term ends next year, according to a Sun Star Pampanga report.

The report quoted the mayor as saying he will be taking a break from politics after completing his nine-year term at City Hall.

In 1998, according to the report, Santiago took a break from politics after a full term as councilor. He staged a comeback in 2004 then rose to vice mayor until 2013. He has served as the city’s mayor since 2013.

Politiko would love to hear your views on this...
Spread the love
Tags: Mayor Edwin Santiago, San Fernando City
Disclaimer:
The comments posted on this site do not necessarily represent or reflect the views of management and owner of POLITICS.com.ph. We reserve the right to exclude comments that we deem to be inconsistent with our editorial standards.