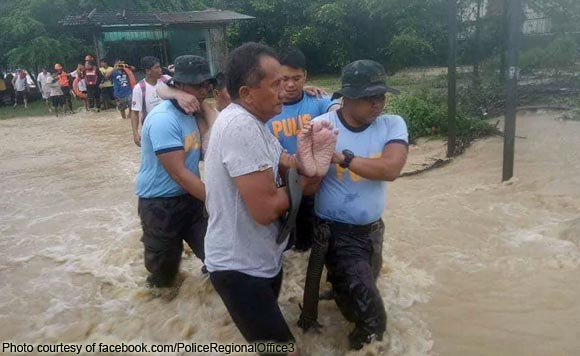 The Provincial Disaster Risk Reduction and Management Office of Aurora headed by Acting Governor Rommel Rico Angara reported Saturday that more than 6,000 have been displaced due to typhoon Ompong.

According to the 12 noon report of the agency, 6,242 families from seven municipalities were forced to flee their homes for safety due to the threat from Ompong. Majority of them stayed in evacuation centers.

Except for the town of San Luis, which did not provide a specific breakdown in the number of displaced individuals, the six others, namely, Baler, Dipaculao, Dingalan, Dilasag, Casiguran, and Dinalungan, reported a total of 22,429 displaced residents.

During Ompong’s presence over the landmass of Cagayan, Apayao, and Ilocos Norte on Saturday, Aurora was placed under Typhoon Signals No. 2 and 3.(END)

Politiko would love to hear your views on this...
Post Views: 16
Spread the love
Tags: Acting Governor Rommel Rico Angara, Apayao, Baler, Cagayan, Casiguran, Dilasag, Dinalungan, Dingalan, Dipaculao, PDRRMO, Typhoon Ompong
Disclaimer:
The comments posted on this site do not necessarily represent or reflect the views of management and owner of POLITICS.com.ph. We reserve the right to exclude comments that we deem to be inconsistent with our editorial standards.