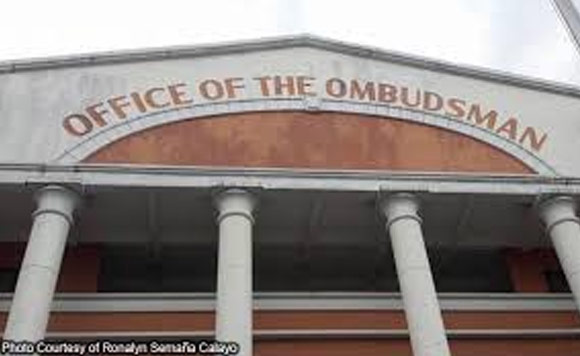 After being found guilty of serious dishonesty and grave misconduct for mishandling city funds, Ombudsman Conchita Carpio-Morales ordered the dismissal of former Meycauysan Mayor Joan Alarilla from government service, cancellation of eligibility and forfeiture of all retirement benefits.

This is aside from the accessory penalty of perpetual disqualification from holding public office,

In view of her separation from the service, the penalty is convertible to a fine equivalent to respondent’s salary for one year.

An investigation found that in July to August 2007, Alarilla issued 43 checks totaling P4,971,218.74 and converted the money for her personal use under the guise of payment to suppliers LC San Pascual Construction Company and VSP Trading and General Merchandise.

The ghost projects covered the construction of artesian wells, rehabilitation of basketball courts, upgrading of perimeter fences and roads, procurement of patented school chairs, procurement of 50 pieces of photographs of Alarilla and picture frames, and t-shirts for meat butchers.

In its decision, the Ombudsman ruled that “the proper procurement process was not followed since there was no public bidding conducted by the city government for these contracts purportedly awarded to LC San Pascual Construction and VSP Trading and General Merchandise.”

In rigging the procurement process, several bidders executed sworn statements that they did not participate as a bidder.

More importantly, the Commission on Audit observed that “the delivery receipts were not submitted; certificates of inspection and acceptance reports were undated; the items listed in the purchase order were already used/utilized in the implementation of the project at the time of inspection; and the items and/or quantities were either understated or overstated.”

According to Morales, “respondent Joan Alarilla exhibited a clear intent to violate the law. Clearly, the elements of corruption are present in this case as she allowed the misappropriation of public funds through the falsification of the disbursement vouchers and their supporting documents.”

“Respondent, as City Mayor, allowed the unlawful taking of public funds through falsification of public documents and abused her authority to the detriment of the interest of the City Government of Meycauayan, Bulacan,” she added.

Politiko would love to hear your views on this...
Spread the love
Tags: Conchita Carpio-Morales, Mayor Joan Alarilla, Meycauysan, San Pascual Construction Company, VSP Trading and General Merchandise
Disclaimer:
The comments posted on this site do not necessarily represent or reflect the views of management and owner of POLITICS.com.ph. We reserve the right to exclude comments that we deem to be inconsistent with our editorial standards.