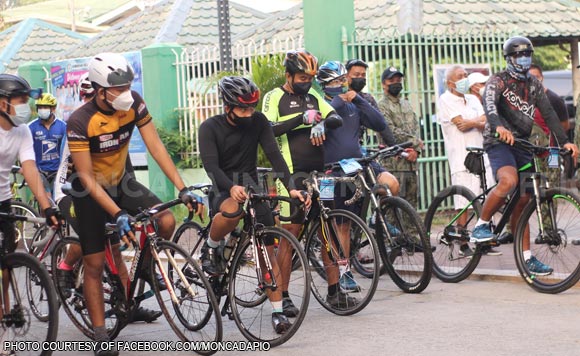 Members of the Olongapo City police rode their bikes around city streets on Saturday to promote peace and justice among the public.

The police director, Colonel Jeric Villanueva, led the event dubbed “Bike for Peace and Justice,” according to officials.

The participants kicked off at about 6:30 a.m. at Camp Manuel F. Cabal in Barangay Barretto and rode their bikes around the city. They logged a distance of 17 kilometers, according to the organizers.

Politiko would love to hear your views on this...
Spread the love
Tags: bikes, Olongapo City, Saturday
Disclaimer:
The comments posted on this site do not necessarily represent or reflect the views of management and owner of POLITICS.com.ph. We reserve the right to exclude comments that we deem to be inconsistent with our editorial standards.