OFW hospital in San Fernando to be finished in March 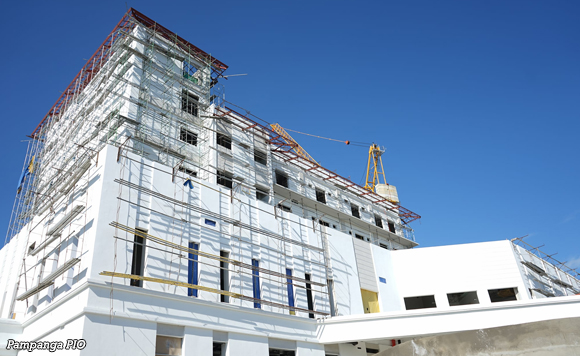 The country’s first Overseas Filipino Workers (OFW) Hospital will be finished in March, Labor Secretary Silvestre Bello III said during a visit to the facility.

The Cabinet official was accompanied by former president Gloria Macapagal-Arroyo, one of the champions of the project, which broke ground in February 2021.

The project is intended to support OFWs along with the establishment of the Department of Migrant Workers based on the law signed by President Duterte in December.

The OFW Hospital is being built by the Department of Labor and Employment, Department of Health, Bloomberry Cultural Foundation Inc. of Bloomberry Resorts Corp., Philippine Amusement and Gaming Corporation (Pagcor) and Pampanga Provincial Government.

The hospital initially cost P500 million. Its location is the PEO Compound in Barangay Sindalan in San Fernando City.

Arroyo earlier appealed to her colleagues in the House to pass the bill creating the OFW hospital.

Politiko would love to hear your views on this...
Spread the love
Tags: Labor Secretary Silvestre Bello III, OFW Hospital, Overseas Filipino Workers (OFW), San Fernando
Disclaimer:
The comments posted on this site do not necessarily represent or reflect the views of management and owner of POLITICS.com.ph. We reserve the right to exclude comments that we deem to be inconsistent with our editorial standards.