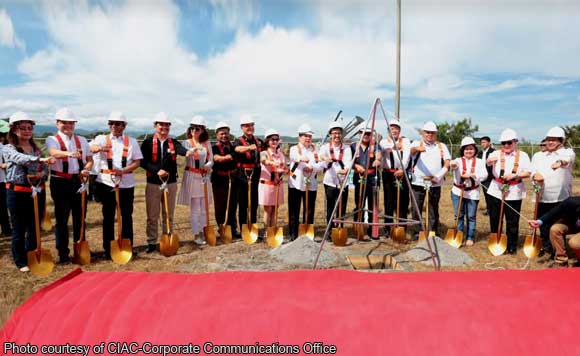 They laid the time capsule at the proposed site of the new passenger terminal in the Clark Civil Aviation Complex together with Gordon, Cayetano and Ejercito.

The P15-billion new terminal project in Clark will be funded by the national government. The Department of Transportation will shoulder P2.893 billion), while the BCDA will provide corporate funds amounting to P12.55 billion.

The project is expected to be completed by 2020.