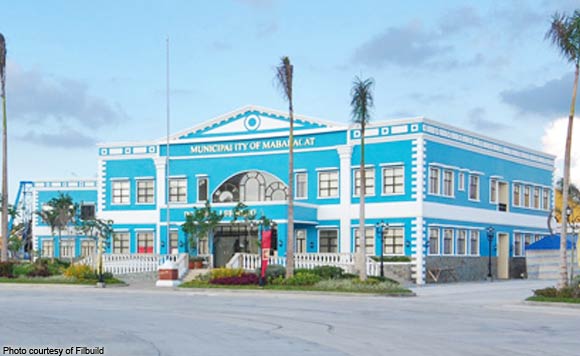 The Commission on Elections (Comelec) on Tuesday proclaimed former first district Board Member Crisostomo Garbo as the duly elected mayor of Mabalacat City.

This, after the Comelec en banc disqualified the certificate of candidacy of Mayor Marino “Boking” Morales in the May 2016 polls.

Garbo, in a phone interview, confirmed that he was proclaimed as the newest Mabalacat City mayor at exactly 3:30 p.m. at the Comelec Session Hall, Palacio Del Governador in Intramuros, Manila.

Comelec recognized Garbo as the duly elected mayor of Mabalacat after he garnered the second highest number of votes (17, 710) in the May 2016 elections.

Last June 20, Morales relinquished his post as Mabalacat City mayor, the longest running mayor in Pampanga, after the Department of the Interior and Local Government (DILG) released a cease and desist order.

Morales failed to secure a temporary restraining order (TRO) from the Supreme Court which gave way for the Comelec to proclaim Garbo.

Last May 26, with a vote of 7-0, the Comelec en banc ruled for the cancellation of Morales’ COCs, meaning all votes cast in his favor in the May 2016 polls are declared “stray.”

In 2016, losing mayoralty candidate Pyra Lucas claimed that Morales could no longer run in the elections as he had already served as mayor for three consecutive terms from 2007 to 2013, paving the way for his ouster. (Marna Dagumboy-Del Rosario/PNA)

Politiko would love to hear your views on this...
Post Views: 0
Spread the love
Tags: former first district Board Member Crisostomo Garbo, Mabalacat City
Disclaimer:
The comments posted on this site do not necessarily represent or reflect the views of management and owner of POLITICS.com.ph. We reserve the right to exclude comments that we deem to be inconsistent with our editorial standards.