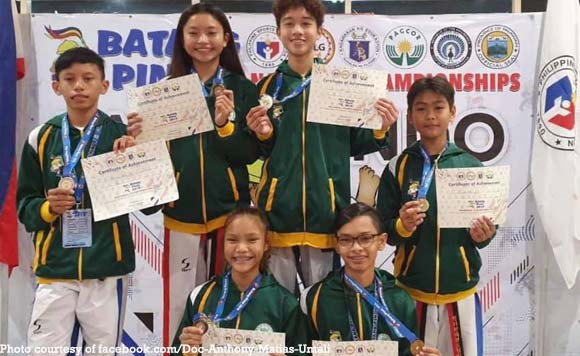 Victory is in the hands of Nueva Ecija!

Vice Governor Doc Matias Umali is a proud dad to his baby athletes who took the bacon home for his beloved region. They recently participated in the Batang Pinoy 2019 National Championship which was held in Puerto Princesa, Palawan. The taekwondo team took home four gold and two bronze medals; arnis team won three gold, one silver, and two bronze medals; and the gymnastics team bagged two gold, three silver, 2 bronze medals and a championship trophy for the team event.

Politiko would love to hear your views on this...
Post Views: 0
Spread the love
Tags: Batang Pinoy 2019 National Championship, Nueva Ecija
Disclaimer:
The comments posted on this site do not necessarily represent or reflect the views of management and owner of POLITICS.com.ph. We reserve the right to exclude comments that we deem to be inconsistent with our editorial standards.