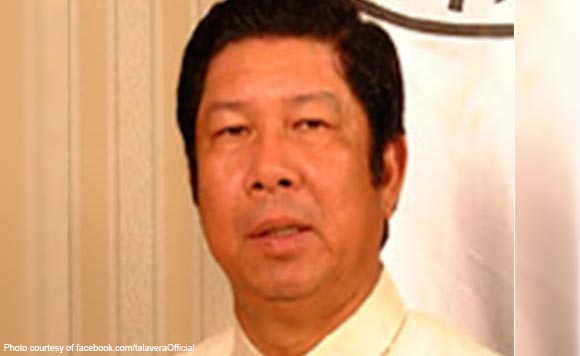 The Philippine Flag is flown at half-mast at the provincial capitol here to express grief over the death of former governor Tomas N. Joson III, who passed away on Thursday at the age of 72.

“It is with deep sadness that we inform you of the passing of our dearly loved, Papa/Lolo Gov. Tomas N. Joson III,” said former Vice Governor Edward Thomas Joson on the passing of his father who served for 12 years as the father of Nueva Ecija province.

There was no mention of the cause of the former governor’s death but he reportedly had prostate cancer.

Incumbent Governor Aurelio Umali ordered the Philippine flag to be flown half-mast at the capitol ground for 40 days.

Fondly called by the Novo Ecijanos as Gov. Tommy, the former governor was the eldest son of former guerilla officer and late Gov. Eduardo “Tatang” Joson of Quezon town, this province.

Gov. Tommy started his political career as a member of the Sangguniang Panlalawigan (provincial board) in 1980, became vice governor until his election as the province’s chief executive from 1992-1995 and 1998-2007.

As governor for 12 years, he waged the “Nueva Ecija 2000” which embraced holistic program on infrastructure (roads, bridges and classrooms), as well as agriculture by establishing Nueva Ecija Fruits and Vegetable Seed Center, and Greenhouse loaning program, among others.

This, Eugenio said, became the provincial government’s machinery in fighting malnutrition through its milk feeding program.

In his few remaining years in office, Gov. Tommy transferred the seat of government to this city with the vision of making the province’s capital as sports and cultural haven with the construction of state-of-the-art sports complex, Nueva Ecija Convention Center, Eduardo L. Joson Memorial College, and dormitory for provincial scholars.

“In his 12 years as the father of the province, he touched many lives, held many hands and lent not only his ears but also his heart to bring the best in every citizen of this province,” Eugenio said.

Gov. Tommy’s wake is at the JF Resort in San Isidro town and interment will be at Loyola Marikina on July 29.

The schedule of his wake is as follows: July 24 for family only and July 25 to 28 will be open to the public following the strict guidelines of the Inter-Agency Task Force policies on necrological or funeral rites.

“Due to the pandemic brought by Covid-19, we sincerely understand if you will not be able to physically join us to attend the necrological service. We appreciate your thoughts and prayers at this difficult time,” the younger Joson said. (PNA)

Politiko would love to hear your views on this...
Spread the love
Tags: Nueva Ecija, Philippine flag, Tomas Joson
Disclaimer:
The comments posted on this site do not necessarily represent or reflect the views of management and owner of POLITICS.com.ph. We reserve the right to exclude comments that we deem to be inconsistent with our editorial standards.