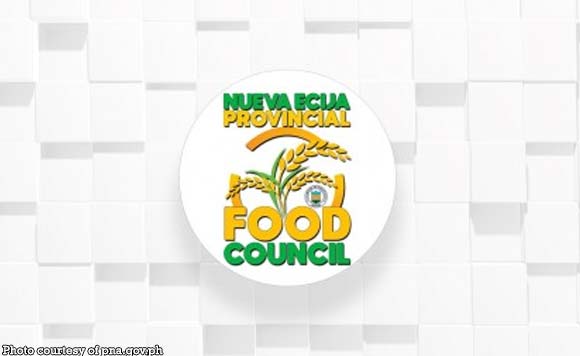 PALAYAN CITY, Nueva Ecija — The Nueva Ecija provincial government (NEPG) will start procuring locally-produced palay at a floor price of P15 a kilo which is slightly higher than prevailing price in private trading when the harvest starts this October.

The NEPG hast put up a P200-million fund for the program aimed at cushioning the impact of rice tariffication law among farmers.

Executive Order 05-s-2019 issued by Gov. Aurelio Umali on August 14, which created the provincial food council (PFC), recognizes that “agriculture is the primary industry in Nueva Ecija” thus, the province is known as the rice granary, aside from being onion capital of the Philippines.

Nueva Ecija is an important supplier of other high value agricultural commodities, it stressed.

“Whereas, to achieve sustainable food production, food security and sufficiency, stable prices and inclusive growth, it is imperative to continuously strengthen the province’s agriculture industry and to address pressing challenges and constraints that may impact on the productivity and the welfare of farmers,” the EO’s explanatory part read.

The program was designed amid complaints from agriculture sector over the recurring low buying price of grains, which was blamed on the rice tariffication law, or Republic Act 11203.

Under the program, the provincial government will buy palay from pre-identified farmers — those who till three hectares and below of rice lands — to command an increase in private trading.

The grains will be milled in facilities that will be established by the council (provincial government) and sell rice to certain institutions, according to reports.

Agriculture Secretary William Dar, during his visit at various agriculture institutions in Science City of Muñoz last Thursday, described the program as “worthy of emulation.”

He encouraged other local government units to follow suit.

According to the National Food Authority (NFA), the price of commercial rice in Central Luzon has slightly decreased both in retail and wholesale this year amid the enactment of the rice tariffication law.

Addressing a conference of various progressive farmers organizations here last Wednesday, NFA Region 3 Director Piolito Santos said the average retail price of regular milled rice (RMR) in Central Luzon this year was P35.43 a kilo, while the well milled rice (WMR) was P38.93 a kilo, which are slightly lower than the P41.50 and P43.64 a kilo, respectively, in 2018.

Politiko would love to hear your views on this...
Spread the love
Tags: ice tariffication law, Nueva Ecija, Nueva Ecija provincial government, Palayan City, provincial food council
Disclaimer:
The comments posted on this site do not necessarily represent or reflect the views of management and owner of POLITICS.com.ph. We reserve the right to exclude comments that we deem to be inconsistent with our editorial standards.