NPA mass base ‘weakens’ in Northern and Central Luzon – NOLCOM 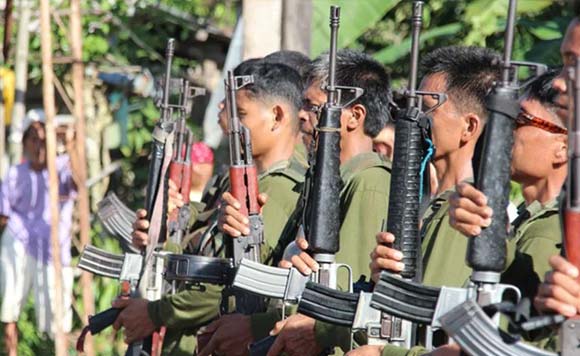 The New People’s Army (NPA) mass base in Northern and Central Luzon “continues to weaken as its members and supporters have surrendered to the government,” the Armed Forces of the Philippines Northern Luzon Command (NOLCOM) said on Saturday.

NOLCOM records showed that a total of 301 NPA members returned back to the government from January to October this year, according to a Philippine Information Agency report.

In terms of weapons, about 93 assorted firearms were recovered and turned over to the government’s security forces during the series of mass surrenders, the report said.

“These unprecedented figures that we have recorded in our counter-insurgency efforts are tangible proofs that, indeed, it is just a matter of time before NPA terrorism is totally eradicated in this part of the country which will pave the way for the much coveted peace prosperity and development that every Filipino truly deserves,” NOLCOM Commander Major General Arnulfo Marcelo Burgos Jr. said.

The NOLCOM commander reassured the public of “the steadfast commitment of NOLCOM as defenders of the north, guardians of sovereignty and protectors of the Filipino people.”

“We will be unrelenting in our quest to liberate our people from the clutches of communist terrorism despite the additional challenges brought about by COVID-19 and the series of natural calamities we are facing,” Burgos said.

“Your soldiers are closely working hand in hand with the different local government units and government agencies to better serve our people under the banner of good governance,” he added.

Politiko would love to hear your views on this...
Spread the love
Tags: Armed Forces of the Philippines, Central Luzon, New People’s Army, Northern Luzon Command, NPA
Disclaimer:
The comments posted on this site do not necessarily represent or reflect the views of management and owner of POLITICS.com.ph. We reserve the right to exclude comments that we deem to be inconsistent with our editorial standards.