Not even Christmas can stop workaholic Arroyo 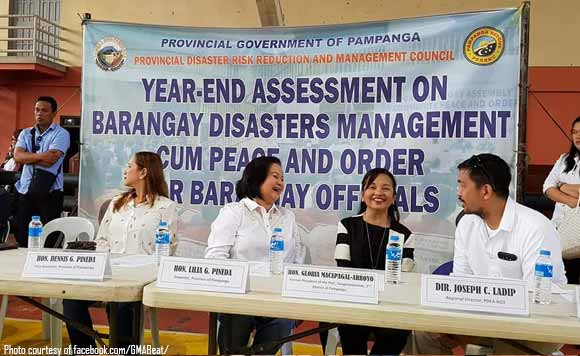 She’s a veteran for a reason!

The former president delivered a speech during the year-end assessment on disaster risk namanagement as well as peace and order of barangay workers in her province.

Arroyo’s best friend and Governor Lilia Pineda was at the event, too.

Birds of the same feather flock together talaga. But get some rest soon, Cong. Arroyo!

Politiko would love to hear your views on this...
Post Views: 0
Spread the love
Tags: Christmas, Governor Lilia Pineda, Pampanga 2nd District Representative Gloria Macapagal-Arroyo, politiko
Disclaimer:
The comments posted on this site do not necessarily represent or reflect the views of management and owner of POLITICS.com.ph. We reserve the right to exclude comments that we deem to be inconsistent with our editorial standards.