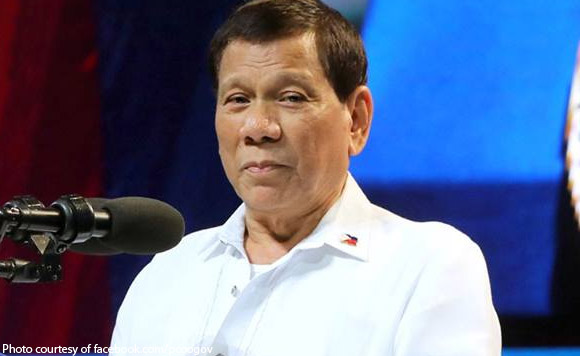 The Northern Luzon Command (Nolcom) of the Armed Forces of the Philippines (AFP) is all set for the two-day activities this week in Aurora province and in the Philippine Rise, with President Rodrigo Duterte leading the event.

Duterte will send off all-Filipino scientists to conduct a the maritime research in Philippine Rise, formerly known as Benham Rise, on May 15 to 16, Nolcom said Monday.

Aside from sending off of Filipino researchers, the Bureau of Fisheries and Aquatic Resources (BFAR) will also cast buoy as floating marker.

There will also be laying of another marker at the shallowest point in Benham Plateau and fly-by of aircraft from different government agencies conducting maritime air patrol in the area, Nolcom said.

Nolcom said this will be the second time that it will participate in an event at the Philippine Rise. The first was on June 12 last year during the celebration of the Independence Day where simultaneous underwater flag hoisting and on-deck flag raising were held on board BRP Davao del Sur of the Philippine Navy.

A marker, with Philippine flag, was also laid at the underwater plateu about 70 feet below sea level symbolizing the Philippine ownership of the area.

Nolcom said it is committed to protect the Filipinos and secure the sovereign territory, including Bajo de Masinloc in West Philippine Sea, Luzon Strait and Philippine Rise.

Politiko would love to hear your views on this...
Spread the love
Tags: Armed Forces of the Philippines (AFP), Aurora province, Bajo de Masinloc, Benham Plateau, Bureau of Fisheries and Aquatic Resources (BFAR), Davao del Sur, Independence Day, Luzon Strait, Northern Luzon Command (Nolcom), Philippine Rise, president Rodrigo Duterte, West Philippine Sea
Disclaimer:
The comments posted on this site do not necessarily represent or reflect the views of management and owner of POLITICS.com.ph. We reserve the right to exclude comments that we deem to be inconsistent with our editorial standards.