No to fake news! Tarlac Congressman Villanueva defends himself from ‘lies’ 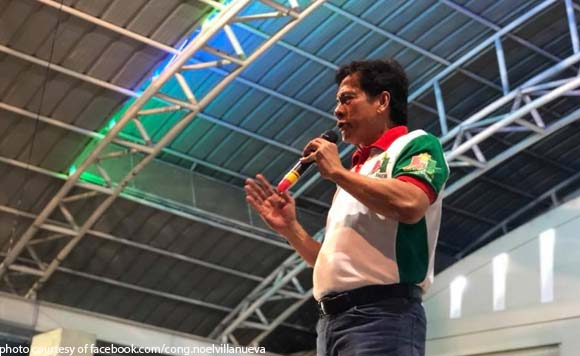 According to him, he has recently been a victim of fake news spread by the dummy accounts of Mark Villanueva and Ronald Santos Anusencion. The two allegations made against him were 1) he is the cause of the region’s electricity hike and power interruption and; 2) he stopped the government’s anti-rabies program. He simply explained that he does not have any power to do such things as he is not part of the Energy Regulatory Commission and the National Electrification Administration nor is he an official of the Department of Health. He made sure to clarify that his office is always open to anyone who needs help, a supporter of his or not.

He finished the post with hashtags, #spreadloveandFACTS and #notofakenews. The comments section were in favor of the congressman and defended him from the allegations.

Politiko would love to hear your views on this...
Spread the love
Tags: fake news, Representative, Tarlac, Third District
Disclaimer:
The comments posted on this site do not necessarily represent or reflect the views of management and owner of POLITICS.com.ph. We reserve the right to exclude comments that we deem to be inconsistent with our editorial standards.