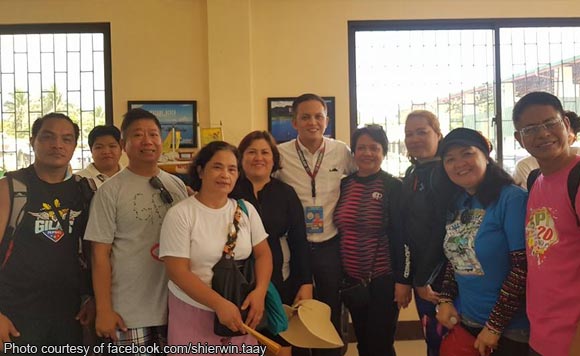 Dingalan Mayor Shierwin Taay is always motivated to go to work – even on Mondays.

The politiko said his Monday, April 30 was all about “serbisyo at misyon (service and mission” in a Facebook post he made that day.

He then listed down his five activities he gamely pursued:
– Talking to tourists visiting Laktas Falls
– Giving wheel chairs to Dingaleños with disabilities
– Talking to military and police officers deployed in southern Dingalan
– Operation Tuli and consultation with the Kabataan ng Ibona
– Weddings of Rose and Jerick as well as Dionel and Cherrylyn

Politiko would love to hear your views on this...
Spread the love
Tags: Cherrylyn, Dingalan, Dingaleños, Dionel, Laktas Falls, Mayor Shierwin Taay
Disclaimer:
The comments posted on this site do not necessarily represent or reflect the views of management and owner of POLITICS.com.ph. We reserve the right to exclude comments that we deem to be inconsistent with our editorial standards.