No mercy to Chinese behind illegal coronavirus clinic in Fontana 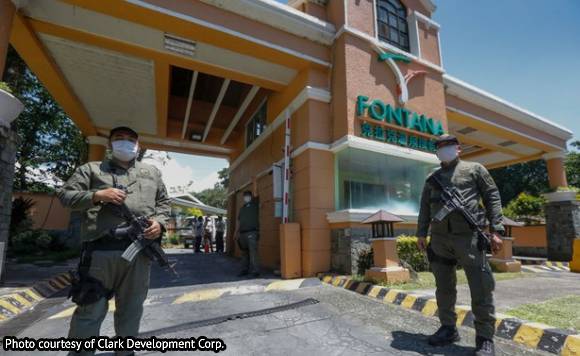 Malacañang on Thursday assured the public that the Chinese nationals illegally operating a makeshift medical facility in Clark, Pampanga will face charges.

Roque said the Palace was alarmed by the report, stressing that only licensed physicians are allowed to practice the medical profession in the country.

He added that persons found guilty of illegal practice of medicine could be sent to jail.

He said the Chinese nationals should have also received approval from the FDA before selling medicines.

Under the FDA Act, “any person who violates any of the provisions of Section eleven hereof shall, upon conviction, suffer the penalty of imprisonment ranging from one year but not more than 10 years or a fine of not less than P50,000 but not more than P500,000 or both, at the discretion of the court…”

Politiko would love to hear your views on this...
Tags: Chinese nationals, Chinese nationals illegally, Clark, Harry Roque, Pampanga, Seung-Hyun Lee
Disclaimer:
The comments posted on this site do not necessarily represent or reflect the views of management and owner of POLITICS.com.ph. We reserve the right to exclude comments that we deem to be inconsistent with our editorial standards.