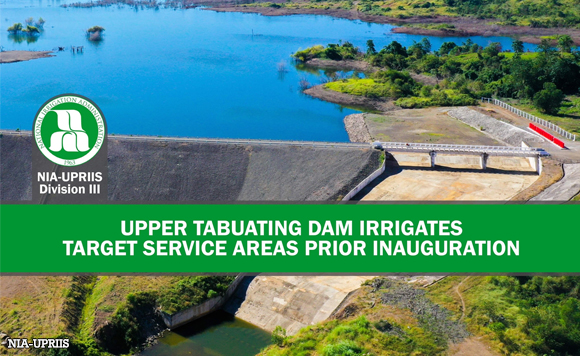 The National Irrigation Administration will launch this week the P878-million Upper Tabuating Small River Irrigation Project that will irrigate farms in Barangays Nazareth, Rio Chico, Bago, and San Mariano in the towns of Gen. Tinio and Peñaranda in Nueva Ecija province.

According to a Punto Centra Luzon report, the “big-ticket irrigation project” was completed despite quarantine restrictions due to the pandemic.

The report said NIA administrator Ricardo Visaya is expected to lead the dam inauguration on Tuesday, May 25.

The implementation of the project was carried out by NIA UPRIIS Division III formerly led by division manager Jose Ariel Domingo, and now headed by acting division manager Elenita Toquero, under the leadership of Bote, according to the report.

Politiko would love to hear your views on this...
Spread the love
Tags: National Irrigation Administration, Upper Tabuating Small River Irrigation Project
Disclaimer:
The comments posted on this site do not necessarily represent or reflect the views of management and owner of POLITICS.com.ph. We reserve the right to exclude comments that we deem to be inconsistent with our editorial standards.