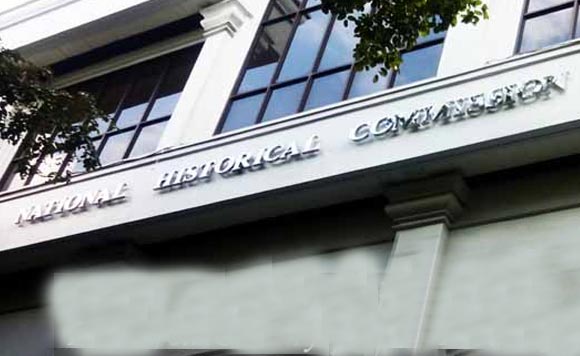 The National Historical Commission of the Philippines (NHCP) and the local government of Pampanga on Friday celebrated he 150th birth anniversary of Aurelio Tolentino, a Filipino playwright and dramatist whose works depicted his desire to see Philippine independence from its colonizers.

National Artist for Literature Virgilio S. Almario led the unveiling of the historical marker and wreath-laying ceremonies for Tolentino at the Municipal Plaza of Guagua in Pampanga.

Tolentino was born on October 13, 1867, in Sto. Cristo, Guagua, Pampanga to Leonardo Tolentino and Petrona Valenzuela. His progressive consciousness was formed in the Katipunan, and he was also one of the signatories of the Declaration of Philippine Independence in Kawit, Cavite, on June 12, 1898.

As a revolutionary, playwright, fictionist, and poet during the American occupation, his writings openly criticized the colonial government in La Independencia, La Patria and El Liberal. Tolentino also wrote dramas, most famous of which is his “Kahapon, Ngayon, at Bukas,” an allegorical attack on the American colonization.

He died on July 1915 and was buried at the North Cemetery. His remains were later transferred to Guagua in 1921.

Politiko would love to hear your views on this...
Post Views: 0
Spread the love
Tags: Aurelio Tolentino, Cavite, Dr. Becky Singson, Filipino, Governor Lilia G. Pineda, Guagua, Kapampangan hero, Kawit, Leonardo Tolentino, local government of Pampanga, Municipal Plaza of Guagua, National Historical Commission of the Philippines, Pampanga, Petrona Valenzuela, Philippine, Philippine Independence, Sto. Cristo, Tolentino
Disclaimer:
The comments posted on this site do not necessarily represent or reflect the views of management and owner of POLITICS.com.ph. We reserve the right to exclude comments that we deem to be inconsistent with our editorial standards.