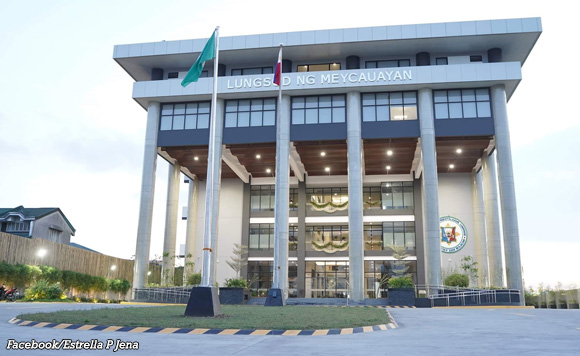 The new City Hall of Meycauayan has been finally inaugurated, according to officials.

The new building was constructed on 6,000-square meter land bought by the city government in Barangay Salusoy beside the Manila North Road and only steps away from the under-construction North-South Commuter Railway, officials said in a Philippine Information Agency report.

The report quoted outgoing Bulacan Rep. and Meycauayan Mayor-elect Henry Villarica as saying that the new City Hall would be a “magnet for development.”

He said it would also give other value-added benefits and pave the way for Meycauayan to become a highly urbanized city.

The project started in 2017 during Villarica’s first term. It cost P499 million funded by the city government

Another P500 million was loaned for the project by the Land Bank of the Philippines under outgoing Mayor and Rep.-elect Linabelle Ruth Villarica.

Politiko would love to hear your views on this...
Spread the love
Tags: Bulacan, Meycauayan City, Meycauayan City Hall
Disclaimer:
The comments posted on this site do not necessarily represent or reflect the views of management and owner of POLITICS.com.ph. We reserve the right to exclude comments that we deem to be inconsistent with our editorial standards.