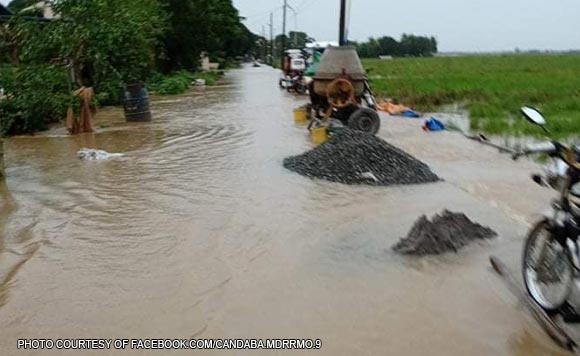 A new artificial waterway in Candaba in Pampanga province has reduced flooding from weather disturbances in the town known to be perennially swamped by rains.

The Department of Public Works and Highways (DPWH) attributed the lessened flooding to a cut-off channel, or a man-made waterway that provides slope protection and diverts water flowing from Pampanga River.

The project consists of two dikes and slope protection at the Candaba Bridge, a 180-meter bridge along Candaba-Sta Ana Road across the cut-off channel.

The waterway “effectively diverted the flow of Pampanga River and mitigated the impending floods brought by southwest monsoon enhanced by Typhoon Fabian,” the DPWH said.

Politiko would love to hear your views on this...
Spread the love
Tags: Candaba, epartment of Public Works and Highways, Flood Control Management Cluster, Pampanga province
Disclaimer:
The comments posted on this site do not necessarily represent or reflect the views of management and owner of POLITICS.com.ph. We reserve the right to exclude comments that we deem to be inconsistent with our editorial standards.