New surveillance radar to be installed at Clark airport 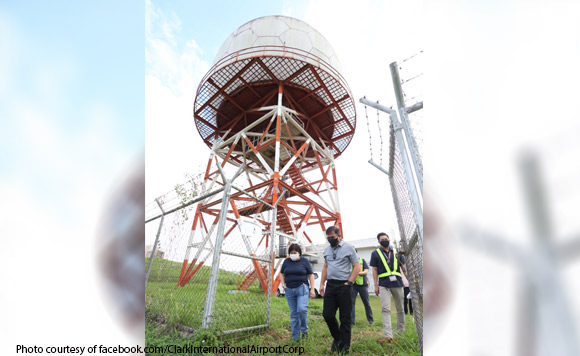 “The government needs a new airport surveillance radar system as the existing radar facility was built 16 years ago and has way exceeded its technically accepted usefulness of ten years,” CIAC president Aaron Aquino said during a recent site inspection at the civil aviation complex.

The CIAC chief said the modern radar facility project, which includes the supply, installation, testing, and commissioning of both the primary and secondary surveillance radar for Clark airport, costs P593.6-million and is expected to be completed by February 2023.

Aquino added the current radar site needs to be relocated in conformity with the government’s master plan for the Clark airport, citing technical issues such as height restrictions of commercial buildings surrounding the old radar facility.

“As recommended by the CAAP (Civil Aviation Authority of the Philippines), the new site of the radar project will be at Lily Hill, the highest point inside Clark,” he said.

“With a relocated radar system, CIAC will be able to continue the landside commercial developments within the aviation complex unhampered,” Aquino added.

Politiko would love to hear your views on this...
Spread the love

Tags: CAAP (Civil Aviation Authority of the Philippines), Clark International Airport, Clark International Airport Corp. (CIAC), installation, surveillance radar
Disclaimer:
The comments posted on this site do not necessarily represent or reflect the views of management and owner of POLITICS.com.ph. We reserve the right to exclude comments that we deem to be inconsistent with our editorial standards.