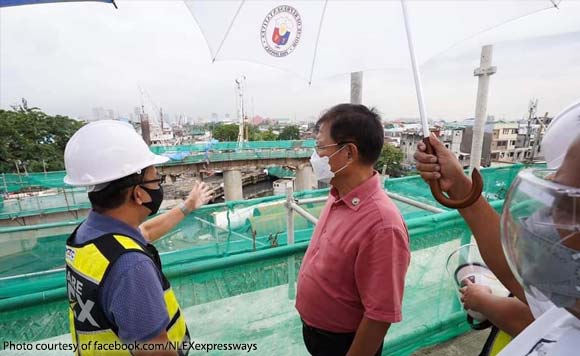 In a statement, NLEX Corporation said it was speeding up the construction of the NLEX Connector as the DPWH remains committed to fast-track the right-of-way delivery.

“This new expressway will greatly benefit the public. We will continue our efforts to deliver the right of way needed for the NLEX Connector as we target to complete this in the first quarter of next year,” Mercado said.

A public-private partnership project between Metro Pacific Tollways led-NLEX Corporation and the DPWH, the NLEX Connector is an 8-kilometer elevated expressway aimed at alleviating traffic congestion and improving mobility within Metro Manila.

When completed, this new elevated road is expected to serve around 35,000 motorists daily and is seen as a viable 24/7 route for truckers delivering goods between north and south of Metro Manila.

Politiko would love to hear your views on this...
Spread the love
Tags: connector project, DPWH, NLEX
Disclaimer:
The comments posted on this site do not necessarily represent or reflect the views of management and owner of POLITICS.com.ph. We reserve the right to exclude comments that we deem to be inconsistent with our editorial standards.