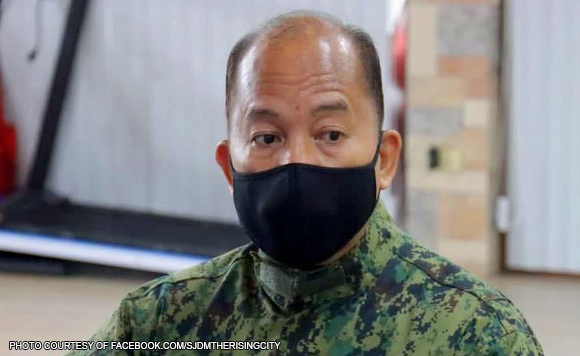 Police Col. Manuel Lukban has formally assumed his post as the acting Provincial Director of the Bulacan Police Provincial Office, according to officials.

In his message, Lukban vowed to continue the campaign against illegal drugs, terrorism and other forms of crime to keep the province safe and secure.

The official also pledged to continue implementation of the Intensified Cleaning Policy to promote cleanliness among the ranks of the police.

He is a member of Class 1990 of the Philippine National Police Academy.

Politiko would love to hear your views on this...
Spread the love
Tags: Bulacan Police Provincial Office, Lawrence Cajipe Jr, Manuel Lukban, Provincial Director
Disclaimer:
The comments posted on this site do not necessarily represent or reflect the views of management and owner of POLITICS.com.ph. We reserve the right to exclude comments that we deem to be inconsistent with our editorial standards.