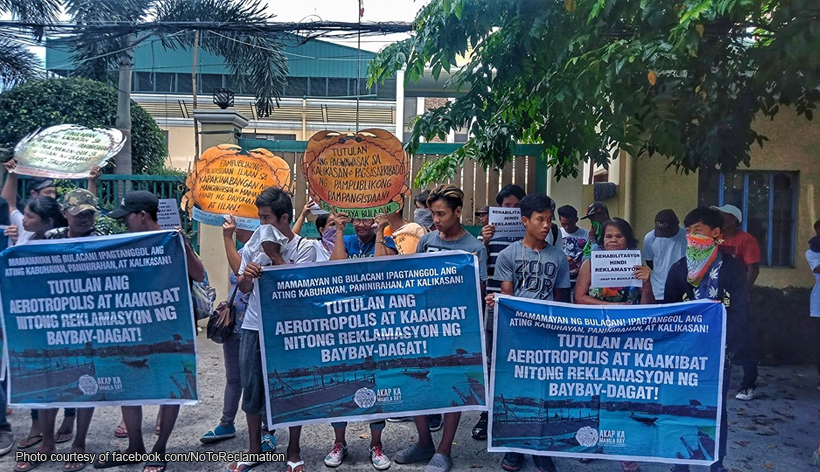 The online community is divided whether or not the New Manila International Airport (NMIA) to be built in Bulacan will bring more harm than good. San Miguel Corp. (SMC) is already slated to start construction on September, but not without controversy.

While the NMIA is set to provide jobs and decongest the Manila International Aiport, it is also an obstruction to the current livelihood and residence of affected communities within the area. Members of the Samahan ng mga Mamamayan at Mangingisda sa Latian ng Bulacan (SMB) claimed that no one from SMC reached out to them about the plan.

“We need concrete details of the airport project and their plan of relocation and construction of a fishermen’s village, not the indistinct promises they throw at us through the media,” SMB said in a statement.

They rallied in front of the offices of San Miguel Corp., and the Department of Environment and Natural Resources (DENR) to demand that they be part of the master planning. News outlets shortly covered the rally and shared photos of the rallyists with their placards and voices against SMC.

Netizens were divided on the matter. A minority sided with the fisherfolk whose livelihood will be affected but most were critical of the decision to rally. Comments say that these people would eventually benefit from the project and take back their complaints, that all people do is complain against anything the government does and they’ll all eventually be fighting for slots once relocation is announced.