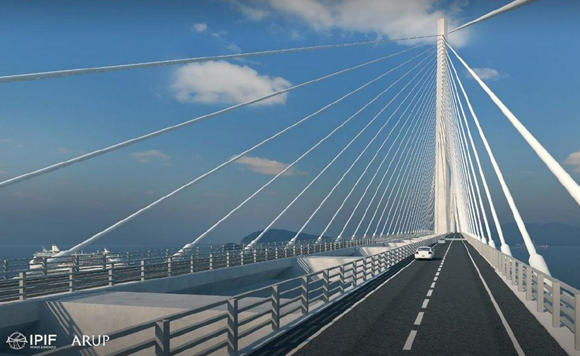 The proposed P175.7 Bataan-Cavite Interlink Bridge Project is undergoing review by the public works department, according to the National Economic and Development Authority (NEDA).

The project is composed of two long-span bridges stretching 32.1 kilometers that will connect the provinces of Bataan and Cavite, a report in Malaya Business Insight said.

“The public works is still continuing to study the implementability of the project, particularly because of first we have to revalidate the demand for possible traffic of that bridge, given the effects of COVID-19,” NEDA Undersecretary Jonathan Uy was quoted as saying in the report.

“Secondly, the cost of the project is quite huge relative to the budget envelope that public works has,” the official added.

According to the report, the Department of Public Works and Highways signed a P3 billion contract last October for the detailed engineering design of the Bataan-Cavite project.

“So we are coordinating with the flagship committee, together with public works, on how we can be able to fast track the implementation of the project, notwithstanding these immediate concerns,” Uy was quoted as saying.

The report added that the bridge would reduce travel time from Bataan to Cavite to 40 minutes from five hours, easing traffic on the North Luzon Expressway.

Politiko would love to hear your views on this...
Post Views: 66
Spread the love
Tags: Bataan-Cavite Interlink Bridge Project, National Economic and Development Authority (Neda), public works department
Disclaimer:
The comments posted on this site do not necessarily represent or reflect the views of management and owner of POLITICS.com.ph. We reserve the right to exclude comments that we deem to be inconsistent with our editorial standards.