Nearly 3K housing units to be built in Orion 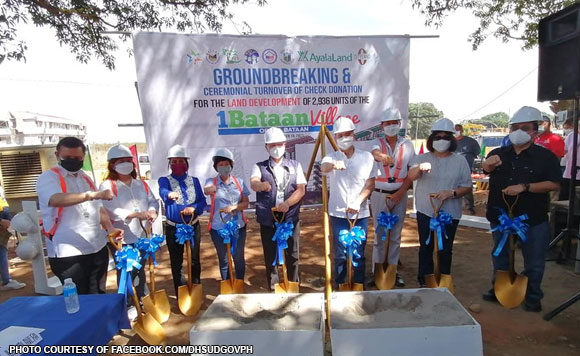 Almost 3,000 housing units will be built in Orion town in Bataan province as part of a mass housing project of the provincial government in partnership with other agencies.

The 1Bataan Village held the groundbreaking and land development to signal the start of construction in Barangay Daan Pari, according to a Punto Central Luzon report.

The housing project funded for P196 million are primarily intended for families in Barangay Capunitan, Orion, whose houses were razed by fire in 2019.

Raymundo said the housing units will have community facilities and a 1Bataan Jetty that will serve as parking space for fishing bancas of the beneficiaries.

Politiko would love to hear your views on this...
Spread the love
Tags: Bataan province, Orion town, partnership
Disclaimer:
The comments posted on this site do not necessarily represent or reflect the views of management and owner of POLITICS.com.ph. We reserve the right to exclude comments that we deem to be inconsistent with our editorial standards.