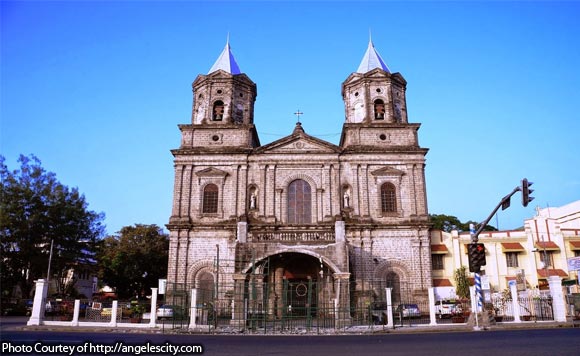 The National Museum of the Philippines on Monday, Oct. 2, declared the Holy Rosary Parish Church in Angeles City in the province of Pampanga as an important cultural property (ICP) for its structural and historic value to the country.

ICP is the second highest recognition given by the National Museum to a historical landmark or structure.
The Holy Rosary Parish, formerly known as Santo Rosario Church, was first laid out on Oct. 18, 1877, by the founding families of Angeles City.

Under Republic Act 10066 or the National Cultural Heritage Act of 2009, the church is ensured of its eternal preservation and safekeeping. Structures under the ICP are also granted access to monetary incentives which are allotted for the preservation and reconstruction in case of destructive natural calamities and man-made interventions.

Politiko would love to hear your views on this...
Post Views: 33
Spread the love
Tags: Angeles City, Holy Rosary Parish Church, important cultural property (ICP), National Museum of the Philippines, Pampanga, Santo Rosario Church
Disclaimer:
The comments posted on this site do not necessarily represent or reflect the views of management and owner of POLITICS.com.ph. We reserve the right to exclude comments that we deem to be inconsistent with our editorial standards.