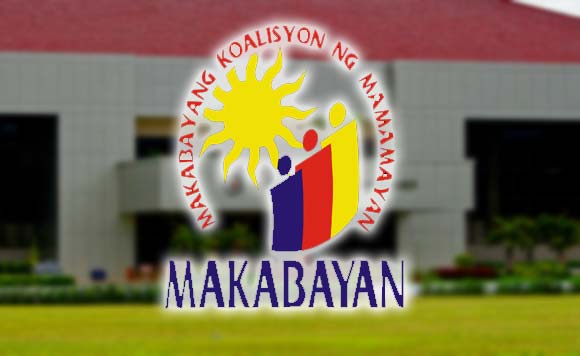 Members of the Makabayan bloc have jointly filed a resolution calling for a congressional investigation on the alleged fake mass surrenders of alleged members of Bayan Muna and Kadamay in Bulacan.

On April 30, there were reports that some 224 alleged members of Bayan Muna and Kadamay surrendered in an Oath of Allegiance ceremony in San Jose del Monte, Bulacan.

In the ceremony, Bayan Muna and Kadamay were “red-tagged as Sectoral Front Organization utilized by the Communist Terrorist Group (CTG) as their source of manpower in the conduct of street rallies and demonstrations or mass mobilization against the government.”

Kadamay condemned the event and claimed that the alleged surrenderees were not members of their organization.

“They (Kadamay) pointed out that these operations of presenting fake surrenderees were done without evidence and were based on mere accusations. They further questioned the forced and fake surrender program in exchange of aid,” the resolution read.

The resolution noted that this is not the first time that fake surrenderees were used.

“In 2019, the Armed Forces of the Philippines (AFP) released digitally manipulated photos of the 306 alleged New People’s Army (NPA) rebels before a table displaying firearms allegedly surrendered to the military,” the resolution further read. “The Philippine Army headquarters admitted to their mistake after the photos were called out by the public.”

In April 2020, police reported the surrender of nine alleged members of the NPA. Labor group Defend Coca-Cola Workers revealed that the nine were actually contractual workers from the Coca-Cola Femsa Plant in Sta. Rosa who harassed and pressured by the police into posing as rebel surrenderres, the resolution added.

Politiko would love to hear your views on this...
Spread the love
Tags: Bayan Muna, Bulacan, Makabayan bloc
Disclaimer:
The comments posted on this site do not necessarily represent or reflect the views of management and owner of POLITICS.com.ph. We reserve the right to exclude comments that we deem to be inconsistent with our editorial standards.