Naloko na! Roman gets flak for saying gender is not an issue 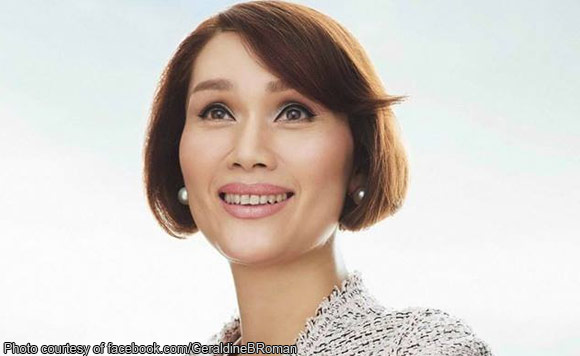 The politiko, the first transgender congresswoman, has long been a champion for the rights of the lesbian, gay, bisexual, and transgender (LGBT) community.

But they’re not rallying behind her this time after Roman posted this quote on her social media accounts: “Gender is not an important issue. It is what you have in your heart that truly matters.”

Roman latter deleted the post, but the damage was done:

poor lgbtq child: my father dunks my head in ice-water because i'm gay
geraldine roman: what matters is what's in your heart!

: What a fake person this Geraldine Roman is. Ginamit lang ang advocacy to get a few magazine covers and interviews.

Politiko would love to hear your views on this...
Spread the love
Tags: Bataan 1st District, bisexual, gay, lesbian, politiko, Representative Geraldine Roman, transgender
Disclaimer:
The comments posted on this site do not necessarily represent or reflect the views of management and owner of POLITICS.com.ph. We reserve the right to exclude comments that we deem to be inconsistent with our editorial standards.