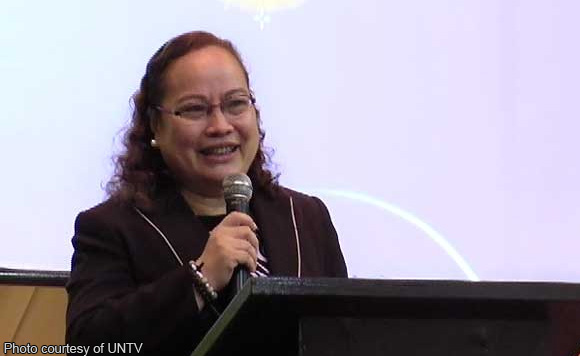 Health Secretary Paulyn Ubial may not get the Commission on Appointments’ (CA) nod due to the concern expressed by lawmakers about her alleged involvement in corruption and incompetence.

In his May 23 column for the Philippine Daily Inquirer, broadcaster Ramon Tulfo said his source in Congress said Agrarian Reform Secretary Rafael Mariano and Social Welfare Secretary Judy Taguiwalo– who are accused of being communists– have a bigger chance of being confirmed than Ubial because of the rumors circulating about her.

Ubial has been accused of flying to Cuba shortly after her appointment in the guise of conducting official business, but bringing her husband and children in tow.

She also reportedly halted the procurement of anti-dengue vaccines in favor of pneumonia shots because she favored the distributor.

As if these allegations were not serious enough, Ubial also supposedly flew to Qatar recently to inaugurate a hospital in which she is rumored to be one of the owners.

Politiko would love to hear your views on this...
Spread the love
Tags: broadcaster Ramon Tulfo, Commission on Appointments, Health Secretary Paulyn Ubial, Philippine Daily Inquirer, Secretary Rafael Mariano, Social Welfare Secretary Judy Taguiwalo
Disclaimer:
The comments posted on this site do not necessarily represent or reflect the views of management and owner of POLITICS.com.ph. We reserve the right to exclude comments that we deem to be inconsistent with our editorial standards.