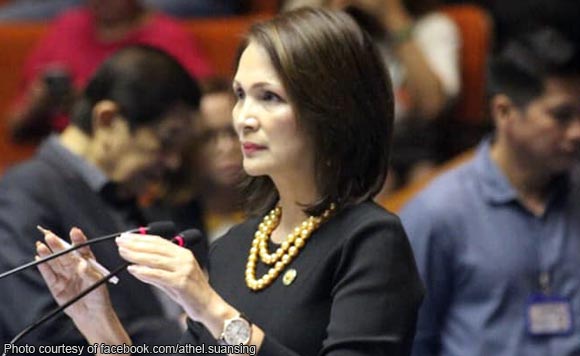 A proposed legislation filed by Nueva Ecija 1st District Representative Estrellita Suansing for the establishment of the Cuyapo Polytechnic State College has passed the committee level, the lawmaker said Monday.

Suansing shared the development on her Facebook page, showing a photo of the report prepared by the Committee on Higher and Technical Education, Appropriations, and Ways and Means.

Suansing filed the bill on Aug. 28, 2018, stating that while there are two state universities in Nueva Ecija – the Central Luzon State University in the Science City of Munoz, and the Nueva Ecija University of Science and Technology in Cabanatuan City, these are from Cuyapo, which is located in the northernmost tip of the province, bordering Pangasinan province.

“Such distance makes it hard for most of the prospective college students coming from (Cuyapo) and its neighboring towns as the trip not only entails additional expenses but also takes a toll on their bodies,” Suansing said on the bill’s explanatory note.

The bill, she said, “seeks to fulfill the State’s promise to make education accessible to all.”

Politiko would love to hear your views on this...
Post Views: 2
Spread the love
Tags: Committee on Higher and Technical Education, Cuyapo Polytechnic State Colleg, Facebook page, Nueva Ecija, Representative Estrellita Suansing
Disclaimer:
The comments posted on this site do not necessarily represent or reflect the views of management and owner of POLITICS.com.ph. We reserve the right to exclude comments that we deem to be inconsistent with our editorial standards.