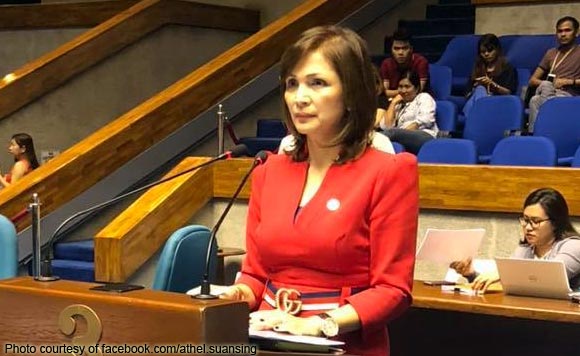 The politiko began her day visiting a dike project in the town’s Barangay Sta. Monica, together with Mayor Boy Moreno and officials from the Department of Public Works and Highways, according to her Facebook page.

She then proceeded to the groundbreaking ceremony for the construction of a drainage canal in Barangay La Purisima.

Barangay officials, led by Chairman Matea Magno, as well as Engr. Nora Cruz of the DPWH, joined her in the event.

Another groundbreaking for a similar project in Barangay Poblacion Centro followed. The canal, she said, is meant to address the flood problems in the said barangay.

She capped her day with a meeting with the different barangay captains of Aliaga.

The lawmaker is seeking reelection this May.

Politiko would love to hear your views on this...
Spread the love
Tags: Aliaga town, Barangay La Purisima, Barangay Poblacion Centro, Barangay Sta. Monica, Estrellita Suansing, Mayor Boy Moreno, Nueva Ecija 1st District
Disclaimer:
The comments posted on this site do not necessarily represent or reflect the views of management and owner of POLITICS.com.ph. We reserve the right to exclude comments that we deem to be inconsistent with our editorial standards.