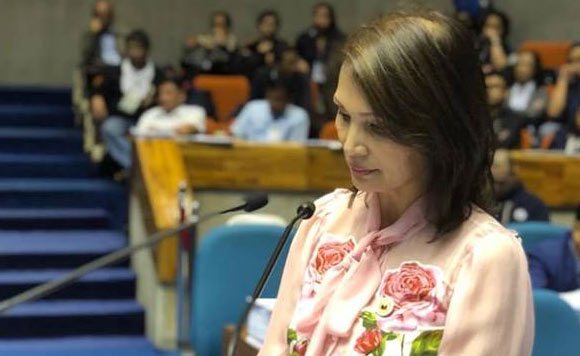 Nueva Ecija 1st District Representative Estrellita Suansing, who chairs the House Committee on Ways and Means, is seeking for a compromise between opposing parties on the proposed measure to raise and restructure the excise tax on alcohol.

According to a statement from the House of Representatives, the Committee has approved on Tuesday the creation of a technical working group that will consolidate House Bills 8286 and 4839 that both intends to increase and restructure the excise tax rates on alcohol by amending the Sin Tax Reform Law passed in 2012.

The measure’s objectives are to raise the revenue take of the government without hampering the growth of the alcohol industry, as well as protect the health and welfare of the public.

Some of the Industry players are asking government to be cautious in restructuring the tax system, while others are opposed to the the change of unit of measure from proof liter to volume liter.

Supporters of the bill, however, put a premium on the benefits of the measure on human health.

In assuring that the TWG will take into consideration the points raised at Tuesday’s committee hearing, Suansing expressed hope that the stakeholders and guest resource speakers reach a middle ground, the statement from Congress said.

Politiko would love to hear your views on this...
Spread the love
Tags: 1st District, House Bills, House committee, Nueva Ecija, Representative Estrellita Suansing, restructuring, stakeholders, tax revision
Disclaimer:
The comments posted on this site do not necessarily represent or reflect the views of management and owner of POLITICS.com.ph. We reserve the right to exclude comments that we deem to be inconsistent with our editorial standards.