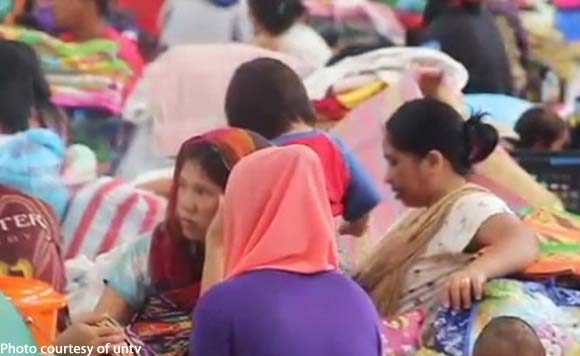 The absence of permanent evacuation centers and a so-called Business Continuity Plan in Balanga, Bataan has gotten the state auditing agency worried about weak points in the city’s disaster risk reduction system.

“[T]he absence of permanent evacuation centers hinders the management in providing the minimum standard of services required as prescribed under (law),” the Commission on Audit (COA) stated in its annual audit report.

According to state auditors, these “minimum standards” are provided in the Disaster Preparedness Manual, a core component of the Department of the Interior and Local Government’s Operation L!STO.

Source: 2018 Annual Audit Report on the City of Balanga

Balanga’s City Disaster Risk Reduction and Management Office (CDRRMO), in the report, explained that efforts have been made to implement the evacuation center project, made difficult by the “quite high” cost of land.

“The office is still looking for a suitable location of the proposed center, considering that the subject lot must pass the standards set by the Office of the Civil Defense,” the report stated.

Regarding the Business Continuity Plan, intended to support local businesses in dealing with the negative effects of disaster, the CDRRMO said that a proposal has already been prepared. However, the office admitted, they had difficulty in obtaining a resource speaker considering budgetary constraints.

Also in the report, state auditors recognized the accomplishments of the city government in boosting their disaster risk reduction capacities, being able to procure operations equipment, and having successfully installed warning devices in different areas.

Supplementing the equipment and devices, the CDRRMO was also able to conduct various trainings, seminars and drills.

COA directed Balanga officials to fill in the gaps in their disaster risk reduction program, to which the city government readily agreed

Politiko would love to hear your views on this...
Spread the love
Tags: Balanga, Bataan, Business Continuity Plan, permanent evacuation centers
Disclaimer:
The comments posted on this site do not necessarily represent or reflect the views of management and owner of POLITICS.com.ph. We reserve the right to exclude comments that we deem to be inconsistent with our editorial standards.