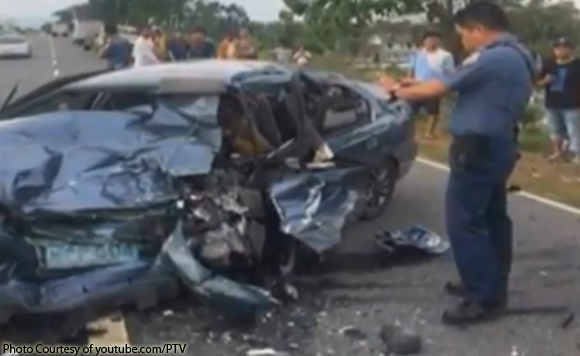 The mishap took place around 3: 30 p.m. in Maliwalu, near the eastern portion of the FVR Megadike, an Inquirer.Net report on January 23 said,

PO2 Alexander Villamin, who was detailed to the Police Regional Public Safety Battalion in Central Luzon, was killed when his Honda Civic sedan hit the Toyota Hilux sports utility vehicle carrying Arroyo and Edward Mendoza Montevergin, who were hurt.

The former presidential son was was being driven to Porac town by one John Frederick Macaraig.

Arroyo suffered a gash on the head, and now has been moved to the St. Luke’s Hospital.

Mikey also served as Pampanga 2nd District representative during 2004 to 2010.