Meet the masters of Pampanga’s lanterns 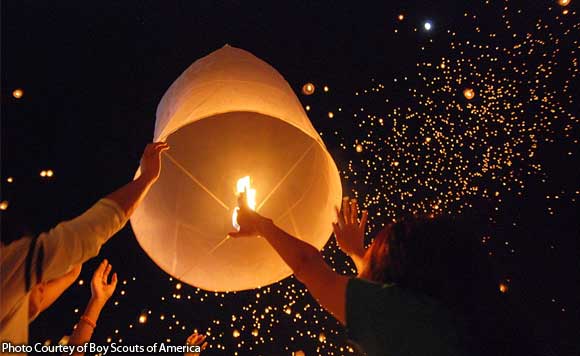 Meet the masters of Pampanga’s lanterns

The city of San Fernando in Pampanga is no stranger to making Christmas festivities grand through its world-class, locally made lanterns or parol.

As the city of San Fernando once again celebrates the Giant Lantern Festival this year, it casts the spotlight on its time-tested parol masters that will showcase the Kapampangan’s artistry and commitment to tradition.

First of whom is Florante “Dante” Parilla of Barangay San Jose, one of the oldest towns in lantern-making. He learned the ropes of making lanterns from his parents, and has been in the field for 10 years.

Barangay Sindalan’s Arvin Bondoc Quiwa, meanwhile, has produced lanterns that were even featured internationally. As a fifth-generation lantern maker in his town, he already has 30 years of industry experience.

David Edmar, a proud son of Barangay San Nicolas, will also lead his town for this year’s festival with 13 years of experience.

Karl Kee Quiwa may be young but his passion for the industry is already burning. A 23-year-old 6th generation lantern maker, he has inherited his family’s legacy in parol making in Barangay Calulut.

The works of these homegrown talents will be featured in the festival competition which will run until January 2.

Politiko would love to hear your views on this...
Post Views: 4
Spread the love
Tags: Barangay San Jose, Christmas, Florante "Dante" Parilla, Giant Lantern Festival, lanterns, Pampanga, San Fernando
Disclaimer:
The comments posted on this site do not necessarily represent or reflect the views of management and owner of POLITICS.com.ph. We reserve the right to exclude comments that we deem to be inconsistent with our editorial standards.